What is better, a champion team or a team full of champions?

In this day and age of careful list management, scientific approaches to coaching strategies and injury management it seems strange that the loss of just one key player can derail a team completely, especially given the revenue generated by sporting teams worldwide. The most obvious recent examples happened during the World Cup and the State of Origin.

Many will be familiar with Brazil’s recent 7-1 hammering by Germany in the World Cup Semi-Finals. Brazil had prior to that game looked twitchy at the back but few thought the absence of Thiago Silva and Neymar would have such a significant impact. Many still picked Brazil to win. Likewise, the absence of Cooper Cronk during the majority of game 1 and game 2 in the State of Origin series seemed to significantly impact Queensland, especially compared to the juggernaut QLD rolled out for game 3 (which was essentially the same side with Cooper Cronk back running the show). There is an argument that all results would have occurred anyway with the presence of the absentee stars, however, the absence of key players and their impact on their respective teams isn’t a new phenomenon. If you have seen the stats on North Queensland’s record with and without JT, you would know what I’m talking about.

If structures, contingencies and redundancies aren’t well in place and well thought through, a sporting team can get hammered…Brazil losing 7-1 is just amazing, considering the tournament they had up until that point. It’s as if they’d never even considered the possibility that Neymar and Thiago Silva might not have been there. The Cooper Cronk situation is the same. Apparently before SOO 1, Cherry-Evans trained in every position, except half…inconceivable… Both teams looked all at sea without their key players. If we could run scenarios in a parallel Universe it would have been interesting to see the result of the game with only Neymar missing. Alternatively, it would have been just as interesting to see how they played with only Thiago Silva missing. The Brazilian defence certainly looked all at sea, David Luiz pushing up frantically and Marcelo playing the Germans onside. It was a debacle few will forget.

Surely in this day and age, coaches should be so on the ball that one person, even two, shouldn’t make an impact on a team, unless it’s in traumatic circumstances like Alex McKinnon. That sort of thing rocks a club.

What can a team do?

Building a strong team across the board is probably the key to contingency planning including depth at all key positions.

This will depend on whether there is a functioning salary cap and associated player draft and will also depend on which sport we are talking about. For instance, Rugby League, Rugby Union, Australian Rules Football, Football and American Football have multiple numbers of players so one or two players have less impact unless those players are in key positions. For instance, Quarterback is the key position in American Football and marquee free agents often have superior earning capacity as compared to other positions. Compare this to Basketball where only 5 players are on the court at any one time where one or two players can have a significant impact. Even then there is an argument for building a balanced team.

All of these caveats aside, a team can be based on the greatest collection of talent across the player group instead of relying on one or two superstars. Many teams have tried this approach.

Liverpool are certainly taking this approach after selling Luis Suarez for £75m and purchasing Southampton pair Adam Lallana and Rickie Lambert for a combined total of £29m, German Under-21 midfielder Emre Can for £10m, Serbian winger Lazar Markovic for £20m from Benfica and a lifetime supply of mouth guards for their players (I forgot, they won’t need those anymore). On a side note there is a conspiracy theory that Suarez engineered the biting incident to force a sale to Barcelona which simultaneously increased his earning capacity and gave him a holiday so that his ailing knee could heal. I’m not saying I believe it. There is an equally cogent theory that biting people is hard to resist, apparently. 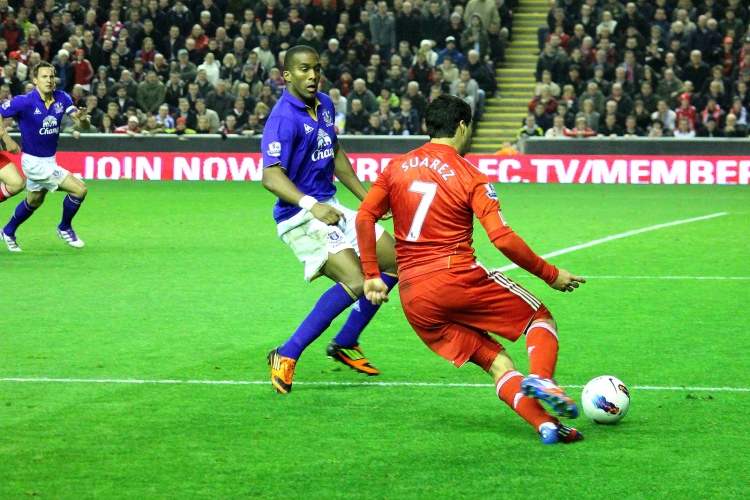 Other disciples of this selfless approach are the San Antonio Spurs, although one could argue they have a Hall of Fame coach and three Hall of Fame players and an effective support cast. The Indiana Pacers looked like they might succeed utilising this approach right up until they fell apart in the NBA Finals.

Build a structure that is bigger than the players

This is the Melbourne Storm approach, although there is an argument that the structure does so well because of Cooper Cronk, Billy Slater and Cameron Smith. This strategy is building a system of play that will win no matter who is playing. That way your team can win despite the absence of your star players. One would say this is really just a case of good coaching, however, the corollary is focussing only on structures and strategies that accentuate the strengths of your star players. Where does that leave you when your star player’s are absent though?

Phil Jackson’s use of the Triangle Offence is another example of structure although Michael Jordan, Kobe Bryant and Shaquille O’Neal are 3 good reasons why the Triangle worked so well.

Businesses have for some time engaged in Business Continuity Planning which in simple terms is contingency planning for various disasters (including loss of personnel) to ensure the business continues to operate despite a range of potentially business crippling scenarios. For a sports team Business Continuity Planning should deal with injuries to key players and simultaneous injuries to multiple players. It should involve contingency plans in terms of personnel (depth charts), the strategies for the occurrence of such scenarios and enough reps in training to adequately prepare for all credible scenarios.

Knights vs Roosters – Roosters (Kind of a no brainer really. Knights playing for pride and at home and no Boyd. Roosters playing for home field advantage in the finals and nearly at full strength)

Panthers vs Sharks – Panthers (Panthers should bounce back from last week and have Peter Wallace back on deck as well. Sharks have been hit and miss all year with more misses than hits)

Titans vs Eels – Titans (Eels season hasn’t quite hit free fall yet but this will be a must win away from home. Titans have been hard to tip as last week’s away win showed but actually stringing together some good games again)

Bulldogs vs Cowboys – Bulldogs (Another must win for the Cows, however, their away from home win percentage is only 11% and I expect the Bulldogs to bounce back from last week’s bad loss to the Tigers)

Warriors vs Sea Eagles – Warriors (This will be a titanic battle, however, Warriors at home should wrestle this one away from the Sea Eagles)

Raiders vs Rabbitohs –  Rabbitohs (Rabbitohs continue their march up the ladder, this time at the expense of the hapless Raiders)

Any other contingency planning thoughts?

Stay tuned for the next exciting episode on Thursday, 31 July 2014 titled ‘Football DNA – Can a Leopard change its Spots?’