NRL Clubs who have never won a premiership

This is part 2 of a 4 part series breaking down the four clubs which have never won a National Rugby League premiership in descending order of futility. This week, the mighty Gold Coast Titans. The Titans have been moderately successful but are part of a bigger picture of coast-wide futility which has now stretched into its fourth decade.

To say that the Gold Coast-Tweed Giants/Seagulls/Chargers weren’t overly successful is probably an understatement. They weren’t continuously embroiled in controversy, however, their 11 year tenure within the NSWRL/ARL/NRL never resulted in a great deal of success either. They commenced in 1988 in the same year as the Brisbane Broncos and the Newcastle Knights and always suffered by comparison, particularly with their star studded cousins to the North. Their foundation team was not without stars (Ron Gibbs, Chris Close, Tony Rampling, Mike Eden and Billy Johnstone), however, there wasn’t a nucleus of marquee players in their prime and their first season was a disaster from a playing perspective with a final record of 4 wins, 2 draws and 16 losses and an average home crowd of 5,495. It probably couldn’t have gone any worse, although of all those defeats only 2 could really be classified as an old fashioned flogging and most of the games were close.

Unfortunately, it set the tone for the club and the mediocrity continued for most of their history only making the finals once in 1997, which was during the Super League weakened ARL competition. In fact the club had a losing record in every season it played. Probably the highlight (and there weren’t many) was snaffling a disgruntled Wally Lewis in the twilight of his career from the Broncos and their only finals appearance. That was it.

Some statistics for the Statophiles

History of the Titans

The history of the Titans is much more encouraging though more controversial than the Giants/Seagulls/Chargers. Buoyed by the Queensland Government’s promise of a new stadium at Robina, the Titans were admitted into the NRL competition in 2007 kicking off their campaign at Carrara Stadium. They recruited well boasting a foundation side containing Scott Prince, Luke Bailey, Nathan Friend, Anthony Laffranchi, Mark Minichiello, Mat Rogers and crowd favourite Preston Campbell. Their inaugural season started off competitively, however, their star half Scott Prince broke his arm during the third State of Origin and the team was not able to cover his absence adequately eventually finishing the year out with a 10-14 record. Their average home crowd was an encouraging 21,489 and foundation coach John Cartwright would have been encouraged by their start.

The prize recruit for 2008 was Ashley Harrison from the Roosters and the season started very encouragingly with a sell-out crowd at their new stadium at Robina and a 36-18 win against the North Queensland Cowboys. Jordan Atkins became only the second person in history to score 4 tries on debut and the Titans were on their way. In fact they won 6 of their first 7 games, although 5 of those games were played at their new stadium. The rest of the season played out very similarly to 2007 and eventually the Titans finished with a 10-14 record again missing the finals.

Seasons 2009 and 2010 were the high point for the franchise with back to back finals visits. They effectively maintained the core of their team but were able to supplement this with talented graduates from their Toyota Cup side including David Mead and Kevin Gordon. They also were able to jag the occasional high profile recruit bringing Will Zillman (2009) and Greg Bird (2010) into the side. Both seasons were an overwhelming success with a 3rd place finish in 2009 (16-8) culminating in finals defeats to the Broncos and a rampaging Parramatta on the back of the Hayne Plane. In 2010 their 4th place finish led to their first finals victory against the NZ Warriors followed closely by defeat against the Sydney Roosters.

The first four seasons of the Titans were an unqualified success, however, the next four would revert to type as far as the Gold Coast was concerned. Their record over this time has been fairly dismal (2011 – 6-18 for 16th place, 2012 – 10-14 for 11th place, 2013 – 11-13 for 9th place and 2014 – 8-12 for 13th place) for a number of reasons but primarily because the nucleus of players which brought so much success in the early years grew older and were not necessarily replaced with players of equivalent quality. It has effectively been a changing of the guard with Mat Rogers retiring at the end of the 2010 season and club favourites Preston Campbell, Anthony Laffranchi and Nathan Friend leaving at the end of the 2011 season and Scott Prince at the end of the 2012 season. The Gold Coast have continued to recruit high profile replacements (Jamal Idris, Luke Douglas and Nate Myles in 2012 and David Taylor in 2013) for mixed results. At the same time lower profile recruits Aiden Sezer and Albert Kelly have also emerged as halves for the future.

This less successful period of time also coincided with the Centre of Excellence debacle which played out over a long period of time in a very public way including court action by the builders for payment and allegations that Scott Prince had received benefits outside the salary cap (never substantiated). The saga eventually led to the club narrowly avoiding liquidation with the NRL stepping in to organise a partial sale of the club to outside investors. In 2012 the club sold the Centre easing some of the financial burden on the club.  Home crowd averages have progressively deteriorated over the years and are currently sitting at 13,382 this season which is the lowest so far. The recent resignation of John Cartwright as coach of the team and Michael Searle from his position in the club (remains a part owner) is an end of an era in many ways. The Titans will be hoping it is the start of a brand new cycle of success.

Some statistics for the Statophiles

Likelihood of winning a premiership in the near future

Things can turn around in a hurry in the NRL but generally teams build towards premierships through consistent improvement. With the fiscal challenges facing the Gold Coast it isn’t looking like a premiership is coming their way in the next five years. In fact I would be surprised if something falls their way in the next ten years. Much will depend on the overhaul of leadership at the top. If they can turn the Titans around quickly then it is possible but I’m thinking ten year plus for these guys. Hopefully they don’t have to wait as long as Cronulla have waited. 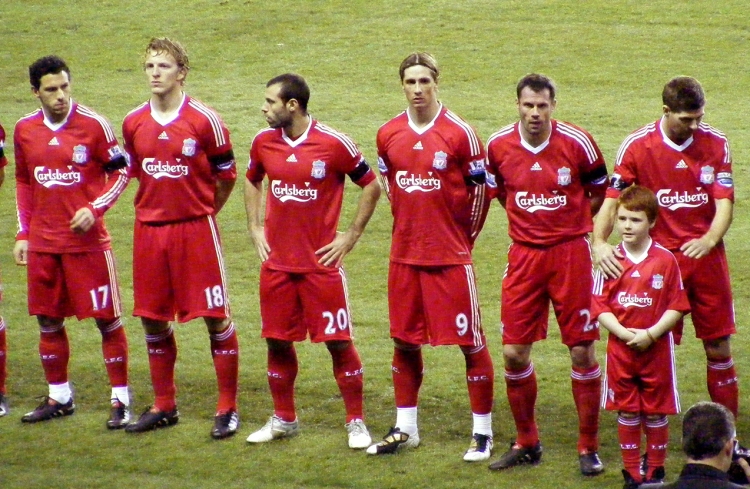 BTW Jarryd Hayne has surely won the Dally M this year. It is hard to find a bad performance from him all year and he isn’t in a team where everyone is stealing his points (except for the odd outbreak by Chris Sandow 2.0).

NRL Tips for Round 23

Rabbitohs vs Broncos – Rabbitohs (Big win against the Sea Eagles last week and at home against the desperate Broncos. I think the Rabbits will be too big, too fast and too strong)

Eels vs Bulldogs -Eels (Bulldogs are reeling towards Mad Monday, especially without Josh Reynolds. Conversely, Jarryd Hayne carrying the Eels on his back and should do enough to win this one at home)

Raiders vs Dragons – Dragons (Raiders have nothing to play for although Dragons looked bereft of ideas against a rock solid Penrith last week. They should play better against the defensively challenged Raiders)

Storm vs Sharks – Storm (Storm are hanging on by the skin of their teeth this season and better start playing better if they are any show in the finals series but the Sharks shouldn’t give them too much trouble, especially at home)

Tigers vs Roosters – Roosters (No one will tip the Tigers this week but they will play better than they did last week. They should hang with the Roosters for a while but eventually the Roosters will best them)

Panthers vs Cowboys – Cowboys (This will be a great game. Penrith defended unbelievably last week to frustrate the Dragons into submission. JT and the Cows will come at them with more attacking variety and I expect this one to go down to the wire but for the in-form Cowboys to jag this one)

EPL Tips for Round 1

Man U vs Swansea – Man U 3-0 (I’m drinking the Van Gaal Kool Aid. I think Man U will play much better this year)

Burnley vs Chelsea – Chelsea 2-0 (Welcome to the EPL Burnley. It could be worse, they could be getting Chelsea at Stamford Bridge)

Who is your tip for the EPL this year?

Stay tuned for the next exciting episode on Thursday, 21 August 2014 titled ‘Long has been the Winter of our Discontent – Cowboys, Dazed and Confused – Part 3’