As always this is completely subjective! You have been warned.

This isn’t meant to be an analysis of the sports themselves so it won’t be American Football/Baseball/Basketball/Ice Hockey vs Football/Rugby Union/Cricket/Rugby League vs Australian Rules Football/Rugby League/Rugby Union/Football/Cricket. I think that is more a product of where you’re born or where you grew up. This is more an analysis of the intangibles. I was going to break it down pros and cons style but, after thinking about it for a while, I decided sport only has upside (or at least very little downside) so here is the plus side comparison for each country:

Coverage – The coverage is spot on! You just have to see the BCS College Football Championship or the Super Bowl to know they do it better Stateside. The replay and play analysis on-screen stuff is always cutting edge. In fact, I wish that everyone introduced themselves as follows in real life…Tony Romo, Eastern Illinois. The coverage is always innovative.

Volume – There is something going on every single day. In addition to the pre-season and the playoffs, each sport plays the following regular season games: Baseball – 162, Basketball – 82, Ice Hockey – 82, Football – 34 and American Football – 16. The College Basketball and American Football season is in addition to this. Add to that High School Sports and you have something on every single day of the year. Does it get any better than that?

College system – College sports are played and followed at phenomenal levels, especially in Basketball and Football which act as a feeder system to the professional leagues.

The Draft – Rookie player drafts operate in the four major sports (American Football, Basketball, Baseball and Ice Hockey) and provide year round coverage and speculation. They fill a nice one month gap in the off season for each sport as well.

Public salaries – Salaries are public in most sports in the U.S. It makes analysing the salary cap position of a team a fair bit easier than in countries where this isn’t the case.

Fantasy Leagues – I’m not going to speculate about where fantasy sports commenced but it is clear that Americans have taken it to a whole new level. That is a good thing or a bad thing depending on your perspective. Long suffering wives all nodding.

Tailgating – I don’t think this is a custom in Australia or England. If it is, I’d like to know. I’ve heard of it happening in South Africa though I don’t know if it is as widespread as in the U.S. It is practically a way of life in the U.S (or at least it seems to be).

Salary Cap – The Salary Cap in Basketball, Ice Hockey and Football has balanced out competition along with the draft to a fair extent.

Segregated on-line content – The U.S was the first to make whole sports available on-line which dispenses the need for buying a more expensive Pay TV package if all your interested in is the MLB or the NBA.

Promotion and Relegation – This is something none of the other countries have. Promotion and Relegation keeps the season relevant for teams right to the very end. Most games have importance, as opposed to competitions which don’t have promotion and relegation. Americans will argue that the draft makes every game relevant but an incentive for finishing last is probably not the relevance you actually want. Plus promotion/relegation means that a team in the lower divisions can always march up the ladder and eventually play in the top division if it can unearth a few gems in their playing ranks, pull itself together administratively or find a wealthy benefactor to back them.

Lower Divisions – America and Australia don’t have such extensive professional, semi-professional and amateur participation that England has. The fact that each team is essentially joined together through promotion and relegation makes the Lower Divisions more relevant. For instance, once strong Portsmouth is currently languishing mid-table in League 2 (which is 4th division) while bitter rivals Southampton are in 2nd place in the Premier League. I’m sure Pompey fans don’t need reminding of that.

Transfer Fees – Teams that have players under contract are entitled to transfer fees when they move clubs. This is by no means unique to England but it is a good reward for player development and an incentive for teams to develop youth.

Knockout competitions – The League Cup and FA Cup are special events for Football. Rugby Union has the LV= Cup (how do you even pronounce that) and the British & Irish Cup and Rugby League has the Challenge Cup. Knockout competitions give the clubs more to play for and the fans something to focus on, even when languishing at the bottom of the competition. The big clubs tend to run out their promising young players which gives other clubs a chance as well.

European competitions – It is difficult to compete with England’s access to the Champions League and Europa League in Football and the Heineken Cup for Rugby. It adds another dimension to English Sport. 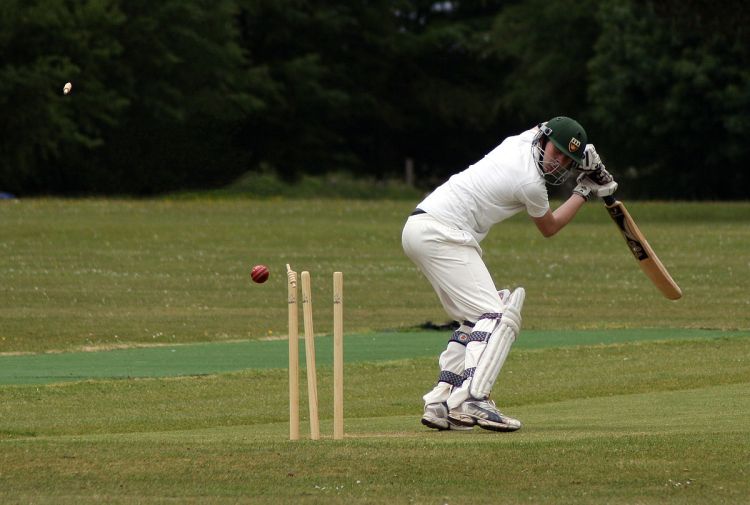 Free to air coverage – Australia has awesome free to air coverage. A lot but not all Australian Rules Football, Rugby League (NRL, Origin and Tests), Rugby Union (Wallabies Tests but sadly no Super 15), Football (some A League, some Socceroos, some Champions League and mercifully all of the World Cup) and most Cricket (but limited overseas tours) are shown free to air. Everything else is available on Pay TV. Not too bad.

The Draft – The AFL has the draft but that is pretty much it.

Salary Cap – The NRL and the AFL have a salary cap. The NRL competition is now very even. A combination of the cap and the draft have evened out the competition in the AFL as well.

Pick your poison. If you forced my hand I would have to say American Sport with English Sport and Australian Sport a close second and third. I think the Americans win it for coverage and volume predominantly.

Newcastle vs Liverpool – Draw 1-1 (Newcastle seem to have lifted the monkey off their back with recent wins against Leicester, Tottenham and Man City. Alan Pardew will be well aware of their precarious League position though. Liverpool have been a bit too shaky for my liking and Ballotelli couldn’t buy a League goal at the moment. I think at home the Geordies will jag another draw)

Arsenal vs Burnley – Arsenal 3-0 (Arsenal will be too good at home. BTW loving the work Sanchez is putting in. Let’s move on.)

Everton vs Swansea – Everton 2-1 (I think this will be a very even match, however, both teams seem to be going in opposite directions. Everton are playing much better after a pretty mundane start to the season, not to mention being super shaky at the back. Swansea on the other hand started on fire but have come back to the pack a bit in recent times)

Hull vs Southampton – Southampton 2-1 (If you picked Southampton to be second in the League after 9 games, especially after having their team pillaged during the transfer window, you would be a rich man. Hull have also maintained solid form this season. The Southampton bus will eventually hit some pot holes but I don’t think it will be this week)

Leicester vs West Brom – Leicester 1-0 (Leicester have also had a better than expected start this season but find themselves just above the relegation zone. I think this will be another close one but they should do enough to beat the Baggies at home)

Stoke City vs West Ham – Draw 1-1 (The Hammers have been another surprise packet this season, especially the way they have gone about their work more than anything. Stoke will be hard to break down at home and should earn the draw)

Man City vs Man U – City 2-1 (Early on in the season it looked like the local derby would be all blue with red putting up very little resistance but they shocked everyone and stole a point from Chelsea last week. Man U will look to do the same against City, who have been dipping in form lately and have injury question marks over some key players. I think City will shake its funk and win the derby though)

Aston Villa vs Tottenham – Tottenham 2-1 (Villa started the season in enterprising fashion but now find themselves looking up at 14 other clubs. Tottenham have been fairly lacklustre by their standards and were punished last week by a very down on confidence Newcastle. I expect the news might be a bit better for them this week)

Crystal Palace vs Sunderland – Palace 2-1 (Sunderland will be desperate for points, especially after seeing their Tyne-side rivals doing a little better. More bad news for them this week. Palace are playing more consistently than the Black Cats this season and they will get the lollies this time.

Stay tuned for the next exciting episode on Thursday, 6 November 2014 titled ‘Reaching rusted on fans of other sports’

One thought on “Is American Sport better than Australian Sport and English Sport?”