Just kidding. If it really was Tacky 80s Reference Week I would be talking about the NBL. Ouch. That was just plain nasty. Maybe I would feel different if the Brisbane Bullets were still around, but I don’t think so. Before I talk about the future of Baseball in Australia it behoves me to talk about its past (albeit briefly) with credit solely given to the ABL site.

History of Baseball in Australia

Baseball has been played in some shape or form since the gold rush in Ballarat in the 1850s but the first Baseball club competition didn’t arise until ex-pat Americans formed the Union Baseball Club in 1881, the Sydney Baseball Club in 1882 and the NSW Baseball Association in 1885 (a competition consisting solely of the existing 2 Baseball clubs funnily enough). The game in NSW makes riveting reading (I use that term advisedly) with periods of obscurity (where Baseball wasn’t played at all) contrasted with periods of competing competitions. The Australian Baseball Council came along in 1913 but like the history of the game in NSW, the National body had many years of dormancy prior to the emergence of the Claxton Shield in 1934.

The Claxton Shield (an interstate Baseball competition) is really the bedrock of competitive Baseball in Australia. Played 73 times since 1934, Victoria (22), South Australia (15), Western Australia (15), NSW (13), QLD (7) and ACT (1) have been the champions so far.

While all of this was going on in Australia, many Australians were travelling over to the United States to make a living playing Baseball. In fact Australia has produced 31 players who have played Major League Baseball in the United States over the years and while some have had brief careers in the Big Show others like Graeme Lloyd, Grant Balfour and David Nilsson have made a big impact. Not many would know this, but Australia’s first Major League Baseball player, Joe Quinn actually played in the Big Leagues from 1884 till 1901. Amazing! Australia Post, give that man a stamp.

The Australia Baseball League started in in 1989 and initially ran for 10 seasons before collapsing due to financial difficulties. After some interim arrangements, the Claxton Shield recommenced as the premier national competition, however, in 2010 the ABL relaunched and is currently playing its 5th season. The ABL (which is a joint venture between the Australian Baseball Federation and Major League Baseball) now comprises six teams (Adelaide Bite, Brisbane Bandits, Canberra Cavalry, Melbourne Aces, Perth Heat and Sydney Blue Sox (which incidentally has the angriest sock I’ve ever seen as its mascot)).

What are the major issues facing this latest figurehead of Baseball in Australia? Pretty simple really. Culturally it just isn’t an Australian Sport. Like the NBL and A-League it is not (and probably never will be) the best competition of its kind in the World. That honour would obviously go to Major League Baseball in North America. Consequently, the ABL will probably never have elite playing rosters. It suffers from low attendance, no free to air or paid television coverage and very little publicity of any kind. It ranks behind most of the other national competitions in Australia. So what must the ABL do to rule the Universe? Getting any of these across the line would be a start.

1. Align with the Northern Hemisphere

This is a crazy idea, but hear me out. It may seem like suicide to move the Baseball season to winter in Australia. For starters, it is a summer sport and at the moment it is only really competing against Cricket, Soccer and Basketball (2 of which changed their seasons in recent years to avoid competing with the winter Football codes). Competing against the Football codes would be difficult. Here is the upside. At the moment the ABL season is squeezed between late October and early February in a 3 month season which conveniently fits outside of the Northern Hemisphere Baseball season. Consequently, it is difficult for the ABL to recruit players of note. They are recuperating from a long season and most won’t play in their off season anyway. If they were to align seasons with the Northern Hemisphere then the ABL could become a minor league feeder system for the MLB. At the moment the ABL is a feeder system of sorts but it is more akin to North American Winter Ball. If the ABL was a genuine part of the minor league system (even if it was Class A or Rookie ball) then genuine prospects would be playing in the ABL. This would have the added bonus of incentivising MLB teams to strengthen ties with ABL clubs as well, which brings me to my next point.

This alignment could be either as a minor league affiliate (if the seasons were aligned, as mentioned above) or it could take the shape of Major League Baseball clubs purchasing an ownership interest in the Australian Clubs ala Man City and Melbourne City in Football this year. This would have a number of immediate flow on effects including enhanced recruiting in both directions, extra funding, publicity and sponsorship opportunities for the Australian ballclubs and access to the administrative expertise behind the Major League Baseball clubs. Its a win-win.

3. Arrange for MLB games to be regularly played in Australia

Spring Training games are a good start but they aren’t as good as the real thing. If the NFL can play in London and the NBA can play in China, then the MLB can bring regular season games to Sydney and Melbourne. There is nothing like seeing top class sport and watching the best in the game will draw crowds and extra publicity which will have a knock on effect for the local game especially if it is a regular event.

4. Lobby the MLB for a franchise in Australia

This is a long shot. Maybe in a 100 years or if Russell Crowe decides he wants the Brisbane Bandits to play in the MLB. It is a bit Brewster’s Millions (if you are under 40 you might need to google that one) but why not aim high. The American market is saturated with sports teams and as this recent article from FiveThirtyEight shows maybe an overseas franchise is the next logical step for Major League Baseball as well.

This is trite to say and somewhere in the ABL there is a media manager pulling out his or her hair trying to increase exposure for the local game. Increased player profiles for Australia’s MLB success stories would be a start. Increased player profiles for local players plying their trade in the ABL would be even better. Anything to get bums on seats. Free to air coverage would help. UFC is the gold standard for bringing an underground sport out into the mainstream. Surely there are some lessons from that story the ABL could leverage off.

6. Lobby the MLB to increase their funding of the ABL

This is another one that the ABL is probably doing every day of the week but the game would benefit from an increase in funding. It is a chicken and egg argument but a wealthy benefactor (think the AFL in Western Sydney) would do wonders for Baseball in Australia.

This is another long shot but why couldn’t Australia compete as a viable Spring Training location. We have the weather. Currently, Major League teams are divided between the warmer weather of Florida and Arizona for Spring Training. Why not Australia? This would need bucket loads of Government support but would be worth every single dollar. Major League teams are always lobbying to have their training facilities upgraded. Most of them are locked into long term contracts but if it was incentivised enough in the early years and a mixture of Major League and Japanese Club teams could be lured over, the benefit to the local game would be immense, let alone the local economy. 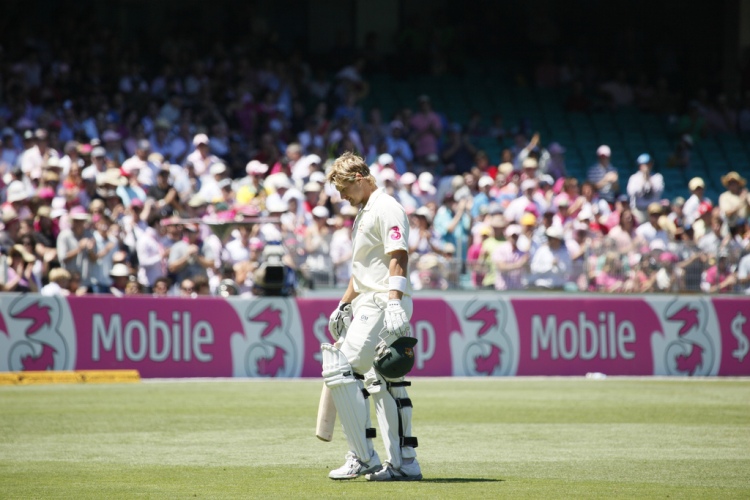 Man City vs Crystal Palace – Man City 3-0 (City are on a golden run and will be looking to keep the pressure on Chelsea and make this a 2 horse race. Palace kicked on in the second half of last season and will be looking to do the same this year but at the moment they are flirting with relegation. This week won’t help their cause)

Aston Villa vs Man U – Man U 2-0 (Man U have finally clicked into gear and have now won their last 6 games in a row including wins against Arsenal, Southampton and last week’s thumping of Liverpool. Villa not looking as consistent)

Hull vs Swansea – Draw 1-1 (Swansea have been a little disappointing of late after such a great start to the season and won’t be looking forward to Bony’s absence when the African Cup of Nations comes around. It is so tight in the bottom half of the table at the moment and I think Hull will eventually stay up and this week shapes as an opportunity to land at least 1 point for the cause)

QPR vs West Brom – QPR 2-1 (Rangers were outclassed against Everton at Goodison Park on Monday but will be on steadier ground against the Baggies. They have the mercurial Charlie Austin back too, so there’s that)

Southampton vs Everton – Southampton 2-1 (Getting serious splinters in my backside from riding the Southampton bandwagon. I should have listened to the League of Extraordinary Gentleman. Surely they won’t lose for the fifth match in a row)

Tottenham vs Burnley – Tottenham 2-0 (Just don’t trust Tottenham and Liverpool this season to win, draw or lose when they are supposed to. They should win this week)

West Ham vs Leicester – West Ham 2-0 (Can’t see any reason for the Hammers bandwagon to go off the rails this week. Love mixing my metaphors)

Newcastle vs Sunderland – Newcastle 2-1 (Tyne Wear Derby. The Geordies haven’t had a good recent history in this match but I think they are better than Sunderland this season)

Liverpool vs Arsenal – Draw 2-2 (This will be close and could go either way. I’m pumping for the draw)

Stewart Downing (West Ham) for Mile Jedinak (Crystal Palace) – Downing has continued his purple patch of form. I had him earlier in the season but had to sell him when he became an injury risk. Jedinak is a defensive midfielder who takes penalties so this could be an upgrade. See how we go.

Stay tuned for the next exciting episode on Friday, 26 December 2014 titled ‘7 things the ACB must do to rule the Universe’