Everyone is back from holidays and the League of Extraordinary Gentlemen has more to say to the ACB.

Two weeks ago I posted a couple of thoughts on how the ACB could improve Cricket in Australia. Not the quintessential treatise on the issue. I’m sure that has already been written by Gideon Haigh. At any rate the League of Extraordinary Gentlemen also returned from holidays with the following scattered thoughts. Calling it a rebuttal is probably too strong a term but surely poetic licence can be afforded those looking for a catchy title. Without further ado, the Rebuttal, verbatim:

The Big Bash on the other hand…well that’s great…an unexpected victory for Summer Cricket when all you want is something that starts after the news and finishes around bed time. Perfect. I suspect that the ACB needs to work out how to cash in on the success of the Big Bash so that it flows over into a thriving domestic long-form and 50 over competition.

The dilemma that they’re in is obvious – our fringe test players need test preparation, but the most popular thing over Summer is a T20 tournament. The other dilemma is that there is so much history associated with the Sheffield Shield that tinkering with it too much is fraught with danger. Having said that, it needs some serious tinkering, so history can … (words to the effect of ‘go jump in the lake’ – the League can get carried away sometimes).

Turning it into a youth competition, as you mentioned in your article gets all the old guys out of the way, but it’s not so much an issue now, since most of the old guys are making a living from 20-20. So in reality, the Sheffield Shield might be already turning itself into a youth competition. Decentralisation of cricket is also a good thought – get it out to the country centres. But even then, there’s a bit more of a fundamental issue with Cricket – it goes too long. I’ll qualify that by saying that test matches are fine to go for 5 days, but a four day domestic comp? Seriously?

One of the things that the Big Bash has shown us is that the average punter doesn’t want something that goes on and on. In terms of spectator interest, a four day domestic competition has no hope – it’s just too long and you’ll never get anyone to go to it. By the same token, the 50 over comps have become a bit too choreographed for everyone’s palate. They need some looking at as well…

What the average punter wants, I suspect, and I’m putting myself in this category, is a sort of a hybrid first class comp…a short test match, like we used to play in our back yards – two innings each, unlimited overs, but finished quickly. The Sheffield Shield just isn’t doing that, but there is one comp that’s doing that, and that’s the district comp. They only play on the weekends, and they play attacking cricket, looking for an outcome, but there’s still the opportunity to bat for a long time if you’re good enough.

And there’s none of this drop-in pitch nonsense. If you get a bouncy deck at Cronulla, then look out baby. Apparently, there was no scarier scenario in Sydney district cricket than Glenn McGrath bowling on a bouncy Sutherland pitch…I digress…

Why not invest money in the district Cricket system and make it “first class Cricket”? It was interesting to note that when Michael Clarke was trying to prove his fitness for the Australian side, he went back to play with Wests in the Sydney comp. Of course, you would need some sort of premier league of all the best teams from the best district comps, but you could even introduce a promotion/relegation system to that as well…something like that could end up being the equivalent of the NZ provincial Rugby comp. Personally, I’d love to wander down to the Ken Mackay Oval and watch Toombul take on Sutherland. 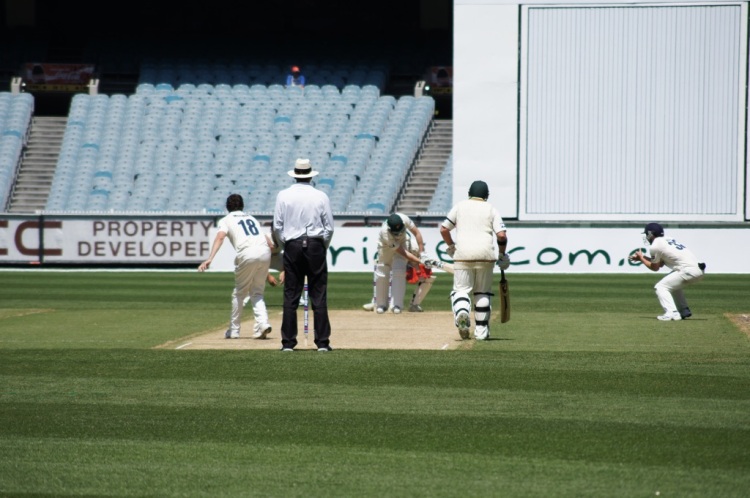 Rebuttal of the Rebuttal

Nothing to rebut here.

I’m loving the League’s idea of a hybrid “first class Cricket” competition. It leverages off one of the successful aspects of the Big Bash. Australians have traditionally followed clubs. Think about the NRL and the AFL. The Super 15 has States and Provinces but they are run as franchises so it has a ‘club like’ feel to it as well. When the IPL first started I loved the concept of following a team like the Kolkata Knight Riders but the IPL has made it difficult to follow as the teams have significant year on year turnover making it less accessible, especially if you aren’t from India. Replacing the Sheffield Shield Competition with a Premier League of Cricket Clubs would work if the points system encouraged results and they could attract some funding (that’s a big if). Coupled with relegation/promotion this could be the answer the ACB needs to further revitalise domestic Cricket.

I know one thing. They need to do something about the Sheffield Shield. It isn’t paying its way. 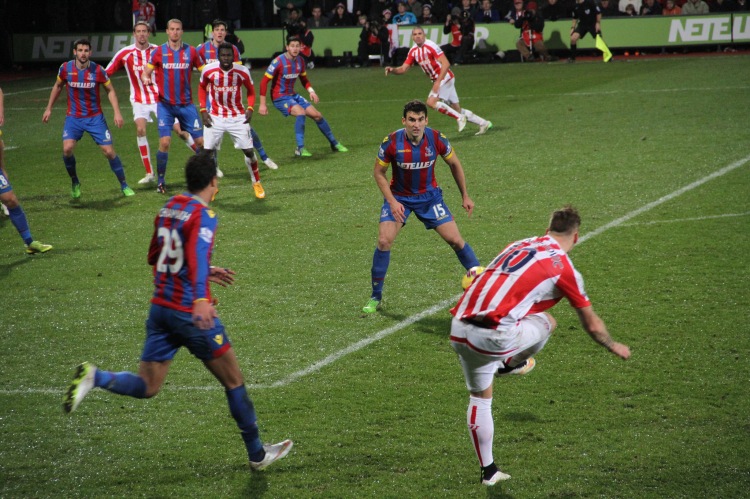 Sunderland vs Liverpool – Liverpool 2-1 (No Adam Lallana and Liverpool will be tested, especially given their last outing against the Black Cats ended in a 0-0 draw)
Burnley vs QPR – Burnley 1-0 (Burnley have played some tough opposition in the last month and should repeat their early season win against QPR)
Chelsea vs Newcastle – Chelsea 3-1 (The Geordies have not picked a good time to travel to Stamford Bridge. Chelsea will be desperate to atone for last week’s abomination against the Spurs)
Everton vs Man City – Man City 2-0 (Man City haven’t lost in the League since 25 October 2014. Everton woefully out of form and won’t change that this week)
Leicester vs Aston Villa – Leicester 2-1 (Villa knocked the Foxes over 2-1 a few weeks ago but I expect Leicester to repay them in full at King Power Stadium)
Swansea vs West Ham – Swansea 2-1 (This will be an intriguing battle but I think Swansea will shade the Hammers this week)
West Brom vs Hull – West Brom 2-1 (Relegation battlers WBA to eke out a valuable win)
Crystal Palace vs Tottenham – Tottenham 2-1 (Palace will turn up to play for Alan Pardew but the Spurs are red hot at the moment and will have too much firepower. Palace will badly miss Mile Jedinak who is away on Asian Cup duties)
Arsenal vs Stoke City – Arsenal 2-1 (Arsenal will be wary of this fixture but should take the 3 points. Wouldn’t be surprise by a draw though)
Man U vs Southampton – Man U 2-0 (This will be a classic encounter but Man U will be too strong at Old Trafford)

Season so far – Me – 156 and Lawro – 136 (Continuing to stretch my lead. BTW Lawro tipped on the FA Cup this week (and I didn’t) so the score on the BBC site will differ from now on)

Ben Hamer (Leicester) for Eldin Jakupovic (Hull) – Reserve keepers don’t usually move the needle but I’m generally happy with my team. I wish my team scored more but I’m still happy with them.

BTW could I have picked a worse time to trade Nacer Chadli and bench Harry Kane? Who knew that the Spurs would bag 5 goals against Chelsea? Certainly not me. Now that I’m benching Raheem Sterling I’m pretty sure Liverpool will thunder 9 past Sunderland.

Stay tuned for the next exciting episode on Tuesday, 13 January 2015 titled ‘Why the Cowboys are burying their Kryptonite’