I’ll be honest, with so much going on in sport this Australian winter, the EPL snuck up on me. This is despite getting slightly fixated on the transfer window. Plus the EPL is starting earlier and earlier. Soon it will be going 365 days a year. This is the long way of saying my EPL preview is a heavily truncated version of what normally passes for a preview on TGOS. Team order follows betting odds but I’ve made some predictions as well.

Like American Baseball and other sports not regulated by a salary cap, there are really only 4 or so teams that can triumph each season. It is true capitalism. This season is no different and it is pretty much the usual suspects.

Prohibitive favourite with almost the same line up. Hazard, Costa, Fabregas, Oscar and Courtois are the stand outs, although I could mention pretty much every player. They are all stars. Add Radamel Falcao with a serious chip on his shoulder. Unless one of the challengers steps up a notch or two Chelsea will rarely get out of second gear. Other teams have too many question marks to seriously challenge.

Close behind in the favouritism stakes and you could be forgiven for thinking Raheem Sterling was the only thing that happened to them in the off season. Will need to find greater consistency to peg Chelsea back but they still have Sergio Aguero, Yaya Toure and David Silva so there’s that. Being taken apart by Real Madrid in pre-season didn’t inspire confidence but it was only pre-season. They will be there and thereabouts.

Steadily improved last season on the back of a rampant Alexis Sanchez, however, was ably supported by a solid and improving midfield with plenty of potential (if they can stay relatively injury free). Relying on incremental improvement this season without any major buys, however, a full season from Mesut Ozil and Olivier Giroud will make a difference. I think they will be sneaky good again.

Trying to buy their way out of trouble with Depay, Schneiderlin and Schweinsteiger, the transfers of note but yet to see Louis van Gaal really tie things together. Pressure will build quickly unless they can get off to a good start. Just don’t see them winning the whole thing this season. Too many question marks. No depth behind Wayne Rooney and still a bit dodgy in defence.

Could slip into the Champion’s League spots under the right set of circumstances.

Still missing Luis Suarez and will miss Raheem Sterling as well but James Milner, Christian Benteke, Nathaniel Clyne and Danny Ings are very nice additions and Liverpool should put pressure on the top 4 all season long, especially if Jordan Henderson and Daniel Sturridge play to potential.

Could shoot into the Champion’s League spots with consistent improvement but more likely to threaten for only part of the season.

Spurs were a revelation last season and with young talent like Harry Kane and Nacer Chadli leading the way should do well again. Will need one of the teams above them to suffer a catastrophic injury plague or zombie apocalypse to slip into the Champion’s League spots though. If transfer gossip is to be believed (and it almost always shouldn’t be), Harry Kane is in the sights of Man U. Spurs should hold on to him. He is irreplaceable.

Last year’s slow start and indifferent defence hovered over their whole season and I’m not completely convinced they have moved on from it. Honest side which will finish mid-table but won’t trouble the top echelon.

Last year was supposed to be a major let down given all of the troops they lost but that never came. Amazing depth and the ability to extract the most out of the players left behind are a hallmark of this club and 2015/16 should be no exception. They still have Graziano Pelle and Sadio Mane to score goals as well. They should be fine, again.

Everyone starts the year on level terms but probably the best these teams can hope for is staying out of the relegation zone and making a serious Cup run.

Solid squad again which returns all of their leading scorers (Mame Biram Diouf, Jonathan Walters and the evergreen Peter Crouch). Always sneaky good, especially at home. Not much more to say. 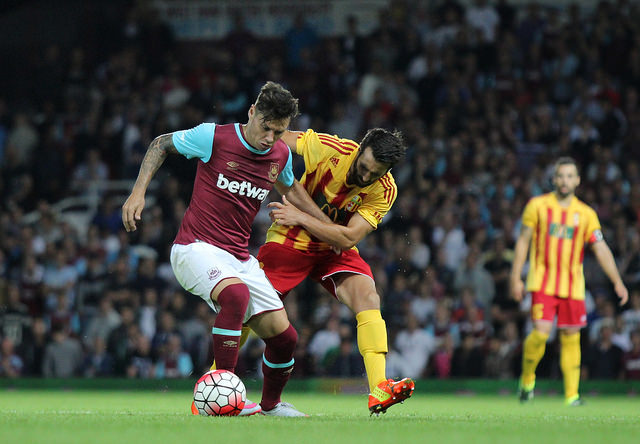 Overachieved last season with Diafra Sakho and Stewart Downing (since departed) standouts although their performances weren’t enough to keep Sam Allardyce gainfully employed. Lost Enner Valencia to a lengthy spell on the sidelines and Andy Carroll hasn’t stayed on the field long enough to make a significant difference yet. Europa League commitments would have stretched their resources to breaking point, but their campaign is over almost before it began. I see them staying up.

Very tidy midfield indeed and will be a threat all season long if they can find a clinical target up front now that Wilfred Bony has moved on to City. Bafetimbi Gomis, Gilfi Sigurdsson and Ki Sung-yueng will again carry the scoring load. Will cause their share of upsets.

Last season was an unmitigated disaster but they start with a clean slate, a new coach (Steve McClaren – I don’t know how many articles have mentioned the ‘Wally with the Brolly’ but it must be approaching the millions) and three premium transfers in Aleksandar Mitrovic, Chancel Mbemba and Georginio Wijnaldum. Will need to shore up their defence which leaked a million goals last season if they want to make any noise at all. Top half and a deep Cup run will be there primary goals.

Tony Pulis did a brilliant job at Palace and put in a credible performance last season as well after taking over the Baggies but he will really be trying to hang on to Saido Berahino. Should still stay up if Berahino is pilfered during the current transfer window but will be much more comfortable with him in the side.

Australian interest obviously centres around Mile Jedinak but it was the addition of manager Alan Pardew that really turned things around last season. Palace finished with a wet sail finishing top half. Selhurst Park is quietly confident of a repeat, especially with the creativity of Yohan Cabaye added to the mix.

Villa came perilously close to dropping down last year and they have lost arguably their 3 best players in Christian Benteke, Fabian Delph and Tom Cleverley. Just can’t see them staying up this time.

The Foxes were the surprise packets of last season with a torrid run over the final part of the season to guarantee at least another season in the EPL. They haven’t made wholesale changes but Shinji Okazaki is an astute purchase. Leonardo Ulloa will again be their primary target up front. Staying up will be their goal again and they should stay out of trouble.

It seems a long time ago that Kevin Phillips was raining goals on the opposition and this year’s team couldn’t be any more different if it tried. Sunderland will be dour indeed. They were dour last year and if anything they are even more dour this year. Their primary target up front is Jermaine Defoe and that is pretty much it. Should stay up but that will be the high water mark for them.

The biggest issue for promoted teams isn’t going back down, although that always hurts. It is making sure the club doesn’t go screaming down to the lower divisions ala Portsmouth and Leeds.

Pretty much the same side which went down a few seasons ago. Norwich have had stability that most sides could only hope for. That being said, the EPL gets better and better each year. I expect them to go back down at the end of the season.

The Cherries are one of the feel good stories of the last season finishing top of the Championship and they have made some astute transfers (Tyrone Mings, Silvain Distin and Christian Atsu) while keeping the core of last season’s squad. Their tiny ground should give them a strong home advantage and I just have a funny feeling that they will sneak their way into staying up. It will be a close run thing.

Everyone has a different approach to promotion to the Premier League. Watford has chosen the replacement strategy and signed pretty much a new squad of players, the majority of whom have not played in the EPL. Add to this 5 managers in 12 months and I expect the Hornets to spend most of the season in the relegation zone.

For the statistically superior NRL human being.

Broncos vs Bulldogs – Broncos (Broncos to bounce back from last week’s insipid showing)
Sea Eagles vs Rabbitohs – Sea Eagles (Eags at full strength and Rabbitohs only playing well in spurts)
Warriors vs Dragons – Warriors (The Dragons didn’t cure all their ills last week and even though the Warriors don’t historically play well against the Dragons, they are due a win, even without Shaun Johnson)
Sharks vs Cowboys – Cowboys (This will be close but Cowboys are warming up for the finals)
Eels vs Panthers – Panthers (Last chance saloon for the Panthers. Same for the Eels)
Storm vs Titans – Storm (The Storm really played uncharacteristically poorly last week. They won’t string two of those together)
Knights vs Roosters – Roosters (I’m not all in on the Roosters yet but they will deal with the Knights)
Raiders vs Tigers – Raiders (This should be a high scoring shoot out (like most of the games the Raiders play) but Raiders should finish on the plus side of the ledger)

No trades this week. Frightfully low on trades as most people are.

Balance of the squad

Man U vs Tottenham – Man U 2-0 (Man U have spent big and should start off all guns blazing against Spurs)
Bournemouth vs Aston Villa – Bournemouth 1-0 (The Cherries will want to get off to a good start. It is going to be a long season for Villa. Can’t see where their goals are going to come from)
Everton vs Watford – Everton 2-1 (Everton to eke out a win)
Leicester vs Sunderland – Leicester 1-0 (Could see Sunderland jagging a scoreless draw but the Foxes will grab at least 1 goal)
Norwich vs Crystal Palace – Palace 2-1 (Palace to steal a valuable away win)
Chelsea vs Swansea – Chelsea 3-1 (Chelsea will want to get their campaign off to the best start possible)
Arsenal vs West Ham – Arsenal 2-0 (Gunners too good)
Newcastle vs Southampton – Southampton 3-2 (The Geordies got poleaxed by Southampton last season and they are still a little brittle at the back)
Stoke City vs Liverpool – Liverpool 2-1 (Liverpool will sneak up on a few teams this year)
West Brom vs Man City – City 2-1 (City to jag the points away)

BTW I’m going head to head with Lawro (Mark Lawrenson of the BBC) again this year. He has gone and changed his scoring system (a correct result (picking a win, draw or defeat) is worth TEN points and picking an exact score FORTY points). Let the games begin.