TGOS hit the road for the GF 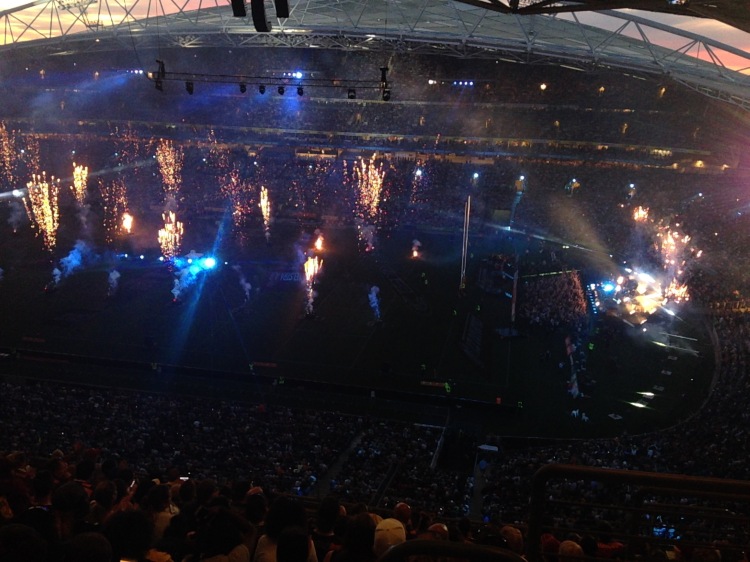 This started off as a one part diary but got a bit wordy (as is my custom) so I had to break it into 3 parts. Part 1 was last week.

Cold Chisel is done and dusted and this is the bit where we stop being Queenslanders and split up into blue or maroon. That being said, it is one of those games where everyone is a winner. Except if you are from NSW. Nearly every Cowboys supporter has the Broncos as their second side and vice versa. The rivalry can be termed friendly rather than bitter. It is a rivalry none-the-less.

Neither team’s fans know what to expect. The crowd is vacillating between ‘Let’s go Broncos, let’s go’ and ‘Cow-boys, Cow-boys, Cow-boys’. I guess it is better than Aussie-Aussie-Aussie-Oi-Oi-Oi. Sometimes I wish we were in England. Actually I don’t. It looks too cold and wet for me. English songs are generally a little wittier though.

When they announce the teams the crowd goes bananas for Justin Hodges but they go even more bananas for Johnathon Thurston. Everyone wants Thurston to win another premiership. Everyone.

Jessica Mauboy is on national anthem duty. We all stand and heaps of us sing. I’m a bit emotional. I think it is because I’ve finally made it to the GF and the Cows could actually do this. BTW if they had a vote for Queen of Australia, Jessica Mauboy would be in the top 5 contenders. Everyone likes Jessica Mauboy. She is the Cathy Freeman of pop music.

BTW, serious props to Mrs TGOS. How many women do you know when faced with a million kilometre car journey to watch a football game with absolutely no lead-in time are totally on board with no complaints at all? I digress.

Kick off – Kyle Feldt kicks the ball deep into Broncos territory and we are off. His kick is very Pat Richards‑esque and has a hang time of about an hour. I wouldn’t like to be under it.

5th minute – Early exchanges are innocuous but Broncos get an early penalty and take the 2. I hope that doesn’t come back to bite the Cows. Sydney changed Wayne Bennett. I don’t remember the Broncos taking the 2 much in the 80s and 90s. I guess the message never made it out to Alfie Langer in time.

8th minute – Cowboys seem to have the better of the early exchanges but all of a sudden the Broncos spread it wide down the left and cut them to ribbons. Long range try. The Cows are 8-0 down. Are the Cows going to get blown off the park? Is it going to be one of those kinds of games? Cows fans are worried. Will nerves get the better of them? Adam Blair’s offload started that try. Hasn’t he come a long way. I bet he wishes he moved straight to the Broncos from the Storm. The Broncos defence is so strong. The Cows cannot afford to give them any kind of lead. Cowboys fans are even more nervous now.

9th minute – Gillett knocks on and the Cows immediately get the ball back with awesome field position. Can they do something with it?

10th minute – Yes they can! TRY! TRY! TRY! Jake Granville is a champion. The nerves are gone and it is 8-6 after Thurston converts. Now we are all thinking this is going to be a 40-38 shoot-out. Anything is possible. Can’t believe the Cows scored off a scrum. That hardly ever happens. I’m voting to keep scrums. Anyone who ever played in a game without them, knows it makes Rugby League too much like Touch Football. Jake Granville definitely made the Big Leap this year.

13th minute – Cows scarper down the right and Thurston bombs for Coote to regather before passing to Feldt but he is tackled and the move ends there. Cows looking dangerous now. Could break this game wide open.

16th minute – Anthony Milford makes another line break which almost ends in a try. He is dynamite. Those saying he wouldn’t do well at five-eight are remaining conspicuously anonymous now. Feel sorry for Canberra though. They’ve lost some talent over the years.

26th minute – TRY to the Cowboys! It is Jake Granville again with a cut out pass to James Tamou. It seemed almost too easy and Cows ahead 12-8 with another Thurston conversion.

27th minute – The Polar Bear is on the field. Hasn’t he had a great season. When he first arrived from the Broncos I was sceptical but he has made every post a winner.

35th minute – Wow! First big call of the night and it goes against the Cows. Thurston lost the ball in the tackle and it looks to every Cowboys fan to be a strip. Every Broncos fan thinks it was loose carry and a try to the Broncos. Old mate beside me is instructing me on the vagaries of the knock on rule. How does a 2 year old know so much about Rugby League? TRY to the Broncos! Are we going to look back on this decision as a controversial turning point (the hand of God, the 7th tackle try and the Robert Lui knock on that never was)? I certainly hope not. Broncos up 14-12.

37th minute – Another break by the Cows and they are right back on the attack. They pummel the Bronco’s line but nothing comes of it. Halftime comes and there is nothing in it. The football has been amazing.

Part 3 will be next week. 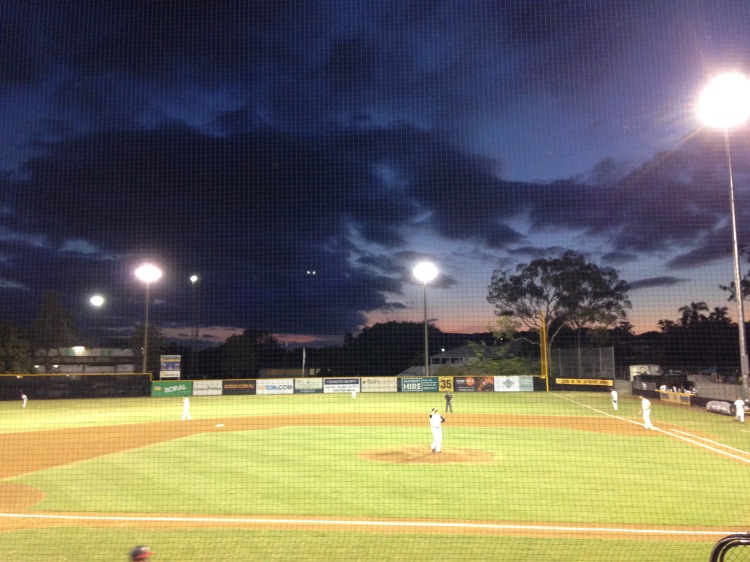 I’m going head to head with Lawro (Mark Lawrenson of the BBC) again this year. He has gone and changed his scoring system (a correct result (picking a win, draw or defeat) is worth TEN points and picking an exact score FORTY points).

Stay tuned for the next exciting episode on Tuesday, 17 November 2015 titled ‘The Game of Sport’s 2015 NRL Grand Final Diary Part 3’