Spent the last little while ruminating about my impromptu trip to the GF. Back to the partly finished Final Trimester Report now. As previously mentioned, I’m breaking this Trimester Report into 4 bite size chunks for easy consumption. Part 1 was a few weeks ago and covered teams that finished 13th to 16th. This week we cover teams that finished 9th to 12th. Most of these teams knew their fate early in the Final Trimester so that was depressing in itself (for fans of those teams). Others left their run too late. As always, we are in reverse skating direction.

For and against after First Trimester – -34

For and against after Second Trimester – -38

For and against after Final Trimester – -125

Probably particularly galling for Eel’s supporters was the fact that they never really fired a shot in anger. You probably know you are in a good deal of trouble if your best player is a winger. It was the end of the Chris Sandow era as well. Brad Arthur dropped him to reserve grade earlier in the season so it probably was just a matter of time before Sandow left for greener pastures, especially given the impending arrival of Kieran Foran. The Eels didn’t really disgrace themselves in the Final Trimester except for a flogging from the Cows but didn’t really cover themselves in glory either. They were competitive at least. Cold comfort really.

Semi Radradra – The big Fijian got across the line with stunning regularity. He finished the season topping the try scoring table with 24. Amazing stuff. Pretty sure there wasn’t a dry eye in the house when the Footy Show did a story on him earlier this year. Put it this way, moving from a remote village in Fiji to Sydney is probably not the easiest transition.

I pegged the Eels to finish 11th and they didn’t disappoint me by hanging around the lower half of the table for the whole season. I thought the Eels would miss Jarryd Hayne and they did. They were hoping that Will Hopoate and Chris Sandow would pick up the slack. Unfortunately, that didn’t happen.

Parramatta is yet to return to those halcyon days of the 80s when Sterling, Price and Kenny et al were fighting for premierships nearly every season. That was a long time ago. There have been echoes of the past, most notably during 1997 to 2002, 2005 to 2007 and 2009, but the last 6 years have been bleak indeed. Brad Arthur was brought in to change all that. He has grabbed some good recruits over the last few years but Kieran Foran has been the most important by far. A spine of Michael Gordon, Corey Norman, Foran and Nathan Peats is definitely above average and potentially very good, pending luck with injuries and there’s the rub. They haven’t had much luck with injuries during the last few years (not the only reason they have lost though – under performance is another big reason). The same cloud hangs over a potentially effective pack as well. Manu Ma’u, Anthony Watmough and Beau Scott have all missed time with injury in the last few seasons. Like the Tigers and the Panthers there always seems to be a bevy of talented players coming through the grades but many questions will need to be answered before the Eels can make another tilt for the title. Don’t really seem to have an identity as a team at the moment so there’s that. This is an oversimplification but generally good coaches fall into two categories. The first are good managers of the talent they are given. These coaches seem to extract the best out of what they have (Wayne Bennett). The others coach a particularly potent strategic system and players are recruited to suit the system (Craig Bellamy and Michael Maguire). I am wondering whether Brad Arthur might be of the latter school of thought. Time will tell.

For and against after First Trimester – -2

For and against after Second Trimester – -25

For and against after Final Trimester – -78

It is hard for a Coach when injuries, especially in key positions, play havoc with a season. It is even harder when injuries play havoc with back to back seasons. It is hardest of all when it costs you your job in the process. That was pretty much Ivan Cleary’s story in 2014 and 2015. Missing Peter Wallace, Jamie Soward, Jamal Idris and Matt Moylan for prolonged periods killed the Panther’s season. Moylan’s injury was particularly serious ruling him out for almost the whole season. One could say that Penrith has so much talent coming through that Cleary should have made a difference anyway. That is a harsh view of things but obviously one the Penrith administration subscribed to.

Bryce Cartwright – Started to cash in on his prodigious talent this season. A lot has been said about him already. He is big, fast and strong but his play making ability before and after the line is his standout quality.

Not too far off. I thought they overachieved in 2014 and I couldn’t find a place for them in the 8. In the end, injuries in key positions probably dropped them a place or two on the ladder.

They have been trending upwards since Gus started running the show but this was definitely a step backwards. We are always talking about Penrith being a footballing nursery and a never ending assembly line of talent waiting to find their place but it hasn’t quite translated to the field yet. Sometimes a new coach can take the team to the next level. I’m thinking Steve Kerr replacing Mark Jackson at the Golden State Warriors. Other times bringing a new coach in can completely destabilise a program leading to years of inept performance. I’m thinking the Queensland Reds after John Connolly. At any rate, the talent is still there. Matt Moylan, James Segeyaro, Bryce Cartwright, Elijah Taylor and new recruit Trent Merrin is a pretty decent core to build around. Let’s see what Anthony Griffin can do now that he has the reins. They have a bit of salary cap space too and there is some mail around another recruit or two finding their way to the Panthers. That wouldn’t hurt.

For and against after First Trimester – -13

For and against after Second Trimester – 7

For and against after Final Trimester – 8

‘When I saw that the Raiders had recruited Blake Austin, Iosia Soliola, Sisa Waqa, Josh Hodgson, Sam Williams and Frank-Paul Nu’uausala to offset the losses of Terry Campese, Matthew Allwood, Tom Learoyd-Lahrs, Sam Mataora, Reece Robinson, Brett White and Anthony Milford I immediately reserved 16th spot for them in my NRL Preview. The Raiders have certainly defied expectations and have the best attacking record in the comp. Blake Austin has been a revelation and Papa Bear (that name appears courtesy of the Triple M call team) has finally emerged from hibernation as well. Now if they could just start defending their line a bit better.’

Every game the Raiders played in the Final Trimester was a shootout and no-one was ever sure of the result. That pretty much summed up their season but that was better than the alternative. At least they were relevant.

Blake Austin – Rewarded with Five-eight of the Year was a fair reflection on his season. He was the most improved player in the whole competition. If he backs it up next year he will be hard to ignore during State of Origin time.

I thought they were stuck in NRL purgatory. I definitely underestimated them. Turns out they had bottomed out and were trending upwards.

The performance of the Raider’s new recruits was a shock. They got plenty of mileage out of 3 categories of player. Blake Austin, Sisa Waqa and Frank-Paul Nu’uausala were all regular first graders looking for a fresh start at a new club. That worked out pretty well for Canberra. The second category was a former NRL star coming back from England and Iosia Soliola showed he had plenty left in the tank. The third was a quality English player looking to make his mark in the NRL, Josh Hodgson and he finished the season as the first choice Hooker for England. Unsurprisingly, they’ve gone back to the well in season 2016 with Aidan Sezer and Adam Clydsdale the fresh start regular first graders. Jeff Lima is the NRL vet returning from England and Elliott Whitehead is the quality English star. I’m loathe to wager against them again this time. Ricky Stuart will have another offseason to work on defence which was a bit of a worry in 2015. They certainly seem to be trending upwards.

For and against after First Trimester – -73

For and against after Second Trimester – -50

For and against after Final Trimester – -34

In the end they left it way too late. Manly only ended up 1 win out of the 8 and they won 5 of their last 8 games but it was a disappointing season for the Sea Eagles and Geoff Toovey paid the price. Many clubs would be happy with narrowly missing out on the 8 but not the boffins at Brookvale. It was a year of turmoil with Manly in the papers seemingly every week. If it wasn’t DCE speculation, it was Kieran Foran speculation. If they weren’t talking about Foran then they were talking about Geoff Toovey. It was a debacle. In the end it seemed like Manly had let too many players go. It took a long time before the team even looked like a Manly team. Their defence was diabolical in the first half of the season. Injuries didn’t help either.

Kieran Foran – This is another one of those ‘I’ve already said it all before so I don’t need to say it again’ things. I quote my Second Trimester thoughts on Foran verbatim:

‘It is amazing how your opinion can change over time. I always thought DCE was Batman and Kieran Foran was Robin but seeing the team play with either and both has led me to believe I might have had that the wrong way around. Certainly the uptick in Manly’s form has coincided with the increased availability of Foran. Next year will be the litmus test but let’s just say Manly plays unequivocally better when both are playing. Ditto Brett Stewart.’

I certainly feel better about Parramatta’s halves than I do about Manly’s.

I thought Melbourne was the team with the ageing core of players that just couldn’t keep backing up every season without some sort of drop off. Obviously I picked the wrong side. That side was Manly.

Recruiting is very much still in play for a number of teams because of the Sam Burgess merry-go-round and Dylan Walker is rumoured to be on his way to Brookvale, however, that in itself may cause Manly to offload some players to stay within the cap. That DCE contract is going to cause recruiting headaches for years. Too many unknowns about the Manly season. How is Trent Barrett going to go? Will DCE be able to play as well without Kieran Foran? I do like the recruitment of Martin Taupau and Api Koroisau and they have the Trbojevic brothers starting to hit their straps as well. Ponder this more I must (must be a Star Wars around the corner). 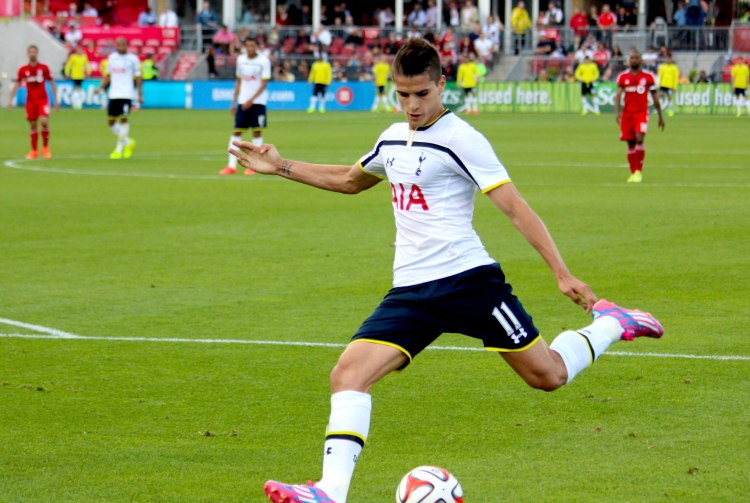