Last week we covered the teams which missed by that much (9th to 12th) and the bottom feeders the week before (13th to 16th). This week we cover teams finishing 5th to 8th. Like last season, the margin for error is very small (and has been for some time). A key injury or a bad run of form through Origin could have a deleterious effect on their top 8 chances. Welcome to the new Millennium! 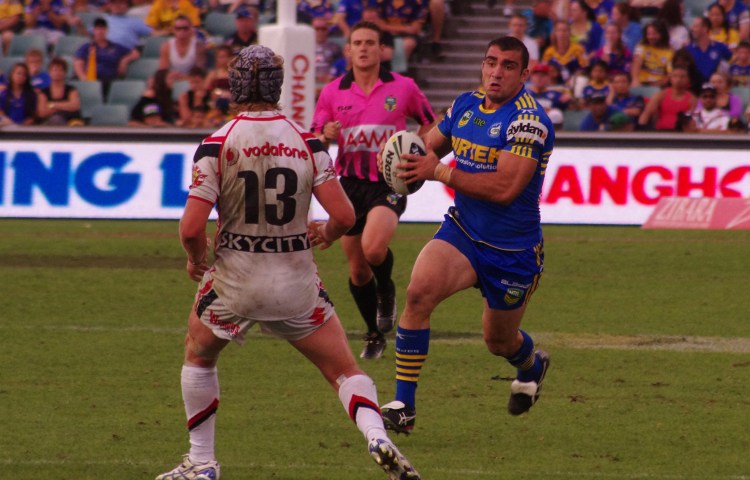 We can rebuild him

For those of you too young to remember, when NASA astronaut Steve Austin is severely injured in the crash of an experimental lifting body aircraft, he is “rebuilt” in an operation that costs six million dollars (per Wikipedia) which was a lot of money in those days (per me).

The Eels have been in rebuilding mode for a while now and were probably the most active team in the offseason (although most recruiting is done well before then). Kieran Foran was the jewel in the crown but they picked up some very decent players in Michael Gordon, Michael Jennings and Beau Scott on the back of the additions of Corey Norman and Nathan Peats in seasons gone by.

Big Question – Will they trend upwards? I certainly think so, or I wouldn’t have picked them to finish 8th. This is Brad Arthur’s third season in charge of the team, not including his brief stint as caretaker coach in 2012. By now he must have the players that suit his system. He doesn’t have a long leash and if they don’t make the Finals then he probably won’t be with the Eels in 2017. The recruitment of Kieran Foran is not to be underestimated. He still relatively young (25) and super talented. Along with Peats, Norman and Gordon, it is a spine built for success.

Top Gun – Kieran Foran – Foran is one of the best players in the competition and will make all the players around him better.

Young Gun – Bevan French – One of the stars of the Auckland 9s, it is difficult to see a place for him in first grade with a surplus of outside backs at the Eels, however, if he does get an opportunity, look for him to become the latest household name from Tingha.

X-Factor – Corey Norman – Norman has been steadily building over the seasons into a quality playmaker. Has started the pre-season on fire which augurs well for the season ahead.

The Big Leap – Tepai Moeroa – Made his debut in 2014 and consolidated his place in the side last year. Should have a monster season.

Sneaky good last year. Will be even better this year.

If this Team was a Superhero that Superhero would be – Spiderman

Finally getting to the Superheroes who need no introduction. Spiderman has always been sneaky good. Villains tend to underrate him (mainly because he looks a bit weedy) and the Raiders are much the same (apart from the weedy bit). The Raiders were obviously superb in the Laurie Daley/Bradley Clyde era but have been mediocre at best in the last 20 years with the exception of the occasional Terry Campese inspired moment of relevance.

The recruitment of Ricky Stuart after fading out at the Roosters and flaming out (big time) at the Eels only added to the languid feeling that had enveloped the club as did losing Anthony Milford. Last year’s performance was out of the blue and narrowly missing the eight has still left them under the radar. Their ‘outside the box’ recruitment targets like Blake Austin, Iosia Soliola, Sisa Waqa and Josh Hodgson grew in stature as the year progressed and the addition of Aidan Sezer, Elliott Whitehead and Joseph Tapine is another serious step in the right direction. One year ago they were stuck in wooden spoon purgatory with the Titans but they’ve done a 180 and should make the 8 this season.

Big Question – Is Elliott Whitehead the new Gareth Ellis? The early mail on this guy is that he is going to thrive in the NRL. One of a series of players heading over to the NRL from England in their prime, the Raiders should be the latest beneficiary of the trend having, already benefited from Josh Hodgson.

Top Gun – Blake Austin – Last year wasn’t a fluke. He is virtually unstoppable from 10m out and the addition of Aidan Sezer should only make his role as attacking savant even easier. Will be a bolter for Origin. Shocked to see him named on the bench in the first game. Hoping it is a one time thing because I love watching him play.

Young Gun – Brenko Lee – I’m working on the theory that if I keep picking the same guy every year, eventually I’ll get it right. Really thought Brenko Lee would burst on the scene in a very Mal Meninga way last year but added only 2 NRL games to his resume (6 all up now). Canberra are well stocked for outside backs but I expect Lee to continue to push for a place in the team.

X-Factor – Blake Austin – Austin is also the biggest spark in attack that Canberra has. Should be more of the same for him this year.

The Big Leap – Would have picked Elliot Whitehead until last week but Joseph Tapine is a late pick up for the team and is on the verge of great things. Big loss for the Knights.

Down but not completely out

Another NRL/Marvel mash up with a timely Captain America: Civil War tie-in (spoiler alert – Captain America is on the side that refuses regulation from the political body of the day) which doesn’t entirely align with real life (the Roosters haven’t gone completely rogue, although it appears they may have misjudged the NRL with respect to Mitchell Pearce) but the Roosters are not entirely without their problems. The SKD situation was highly destabilising as is the Mitchell Pearce saga (which shows no sign of abating). Boyd Cordner and Jared Waerea-Hargreaves are out for the first half of the season and Michael Jennings, RTS and James Maloney are big, big losses. The Roosters should make the 8 but will struggle to win the minor premiership this year.

Big Question – Will Trent Robinson take a different approach this season or will he do a Michael Maguire and stick with Plan A no matter what? I expect Robinson to make some subtle changes. At the bottom line, a team is only as good as the players that are out on the field but I will still be interested to see what Robinson does.

Top Gun – Mitchell Pearce – The Roosters best player could be out of action for some time and the Roosters are a different side without him. Jayden Nikorima and Jackson Hastings put in very impressive performances in the World Club Series but NRL defences will not be as brittle. That is a fact. The Roosters will be needing Pearce back ASAP.

Young Gun – Latrell Mitchell – GI 2.0. Got a run during the World Club Series and didn’t disappoint. Jayden Nikorima could easily be the best young player for the Roosters this season but his opportunities will dry up once Pearce is back on deck, although I suspect Trent Robinson will use him as a bench utility much the same as Jackson Hastings last year.

X-Factor – Blake Ferguson – Was found out a little under the high ball against St Helens but should be fine once the season proper starts. Will relish chiming into the backline from Fullback and also the extra carries returning kicks.

The Big Leap – Jackson Hastings – Cemented himself as the replacement to James Maloney during the back half of last season, Hastings should further his reputation this year, especially in the early season absence of Mitchell Pearce.

Will be better than last year

If this Team was a Superhero that Superhero would be – Thor

Thor is one of those ‘not to be messed with characters’ and the Bulldogs are much the same. They were a little unsettled last year with Moses Mbye displacing Josh Reynolds for large portions of the season and Michael Lichaa picking up the occasional injury as well. The style of play favoured in previous seasons with James Graham and Sam Kasiano acting as de facto halves didn’t seem to work as well and a long term injury to Brett Morris didn’t help things either.

Given Des Hasler is an experienced coach, I assume that most of those issues have now been rectified. Hodkinson has moved on with Reynolds and Mbye the first choice halves. Mbye, Reynolds, Graham and Kasiano have had a whole off-season to work on combinations. Michael Lichaa is fit again. Unfortunately, Brett Morris is out for four months but there is plenty of depth in the outside backs this year.

Big Question – Will the real Tony Williams please stand up? Tony Williams is having a very David Taylor type career. He is big, fast and strong and at times unstoppable but unfortunately it is only ‘at times’ and not every single game. He is 27, started his career in the backs and has ended up in the forwards. Is this as good as it is going to get or does he have another burst in him?

Top Gun – James Graham – Didn’t seem to have the same impact last year. I always wonder whether a player is carrying injuries when they have an off year. If he can return to his best which is a combination of rugged runs into the teeth of the defence coupled with sublime play making and inspirational defence, the Dogs might be a premiership threat again.

Young Gun – Brad Abbey – The 19 year old star poached from the Warriors is on the verge of a breakout. There are opportunities in this team if he can take them.

X-Factor – Sam Kasiano – This is a tough one. All the changes implemented by the NRL (fewer interchanges and shorter stoppages) should dull his impact, however, in the absence of Frank Pritchard, Kasiano will be relied on for attacking spark. I think he can have a banner year.

The Big Leap – Moses Mbye – Consolidated his spot in the team last year and should build on that significantly in 2016. 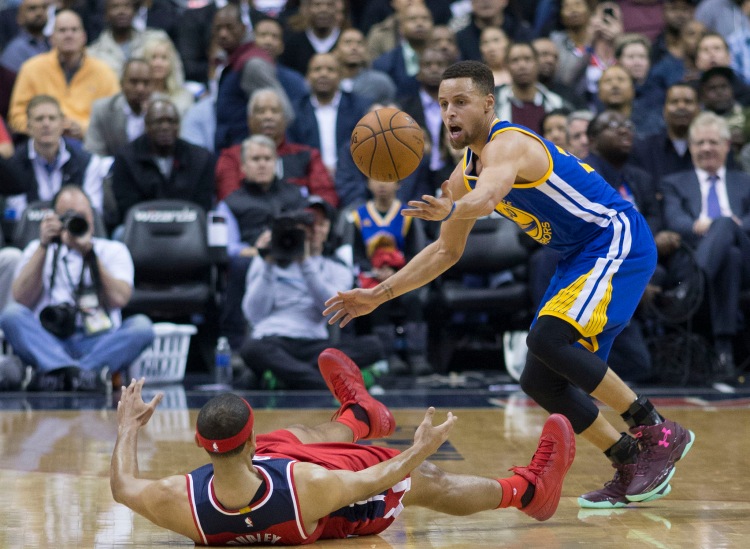 This got super boring last year so I thought this year I might tip against the spread. Given I only tipped 62.9% correctly in 2015 and 58.21% in 2014, tipping against the spread is probably a terrible idea. I’m going to do it anyway.